I just thought I would quickly blog about my new favourite thing as a lot of people have been asking for copies of them. I have created PDF versions of the mats which you can download below.

I saw the idea of using Ditty and Aurasma to create interactive, augmented reality mats on Lee Parkinson’s website. I thought that this was such a great idea that I decided to create my own. This is exactly the kind of thing that I love doing, finding ways of inspiring children with eLearning, and creating these mats seemed to do just that.

The first step was to create the ‘ditty’. I love this app and got totally addicted to making little videos for each of the words on the word mat. I love the fact that it uses popular music as well as classics because the children naturally just hook into the song. Once I was happy, and had managed to keep the text down to 50 characters (no mean feat!), I then saved the videos to my camera roll.

I then created my auras in Aurasma by uploading my ditties from my camera roll and taking a photo of word on the mat to act as my trigger image. Then there was the fun part – testing them all to make sure that they had uploaded onto my public channel and were working correctly!

I was totally shocked when Lee asked to see the ones I had made after I had said I had been inspired to make my own and even more shocked by the reaction on Twitter and at training sessions I have done this week. The sample copies that I had have all been snapped up and people have been asking for more copies so thought it would be helpful to create a PDF version that people could download.

I’m currently working on a Maths version but can see the curriculum opportunities for this are endless. I would love to work with a class on creating their own ditties and mats so hopefully will get a chance to do that in one of my schools in the next couple of weeks.

Click on the links below to download PDF version of the mats – I will add any more to this post as and when they are ready. I hope you find them useful! 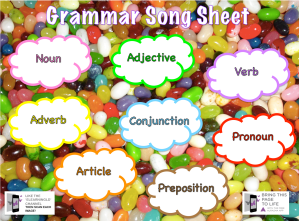 AND *NEW* MATHS VERSION OF MAT… Tricky Times Tables one to come. 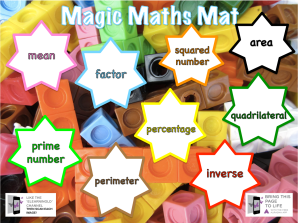